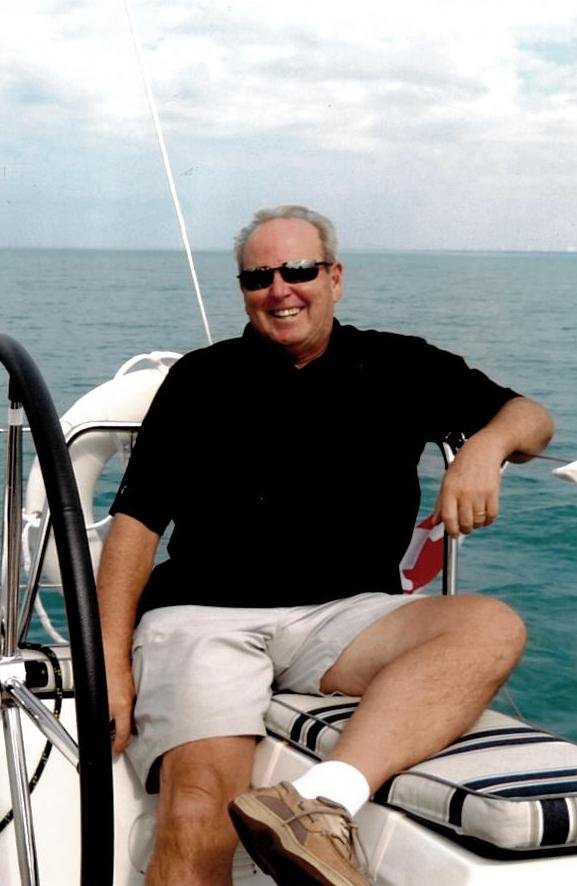 Hutchinson: Suddenly and unexpectedly at the farm in Dashwood, ON, on Saturday, July 20, 2019, Robert “Bob” “Hutch” Gordon Hutchinson, of Grand Bend, ON, age 61. Forever beloved husband of Vickie Marie (Miller) Hutchinson. Beloved dad of Emilie and Craig Cordell of Calgary, AB, Megan and Luke Denomme of Guelph, ON, and Nicole Hutchinson and Gabriel Stavros of Calgary, AB. Dear brother and brother-in-law of Bev and Chris Smith of Sarnia, ON, Bill and Marlene Hutchinson of Calgary, AB, Linda Zoccano of Sarnia, ON, Dianne and Bob Biggam of Grand Bend, ON, and Lisa and Frank Giffin of Strathroy, ON. Cherished son of Gordon and Isabelle (Hendrie) Hutchinson of Sarnia, ON. Fondly remembered by his mother-in-law Vesta (Ford) Miller of Dashwood, predeceased by his father-in-law Hubert Miller (2016). Uncle Hutch will be fondly remembered by his nieces and nephews.  Bob recently retired from Imperial Oil after 35 years of work in Sarnia, Toronto, Texas, Saudi Arabia, and Calgary. He was a loyal member of the Rotary Club of Grand Bend, the Men’s Probus Club of Grand Bend, the Dashwood Men’s Club, the Royal Canadian  Legion Branch 498 and the Grand Bend Yacht Club.  At the family’s request, cremation has taken place. A Celebration of Life will be held at Bob’s Shed at the Miller Farm, 71416 Bronson Line, Dashwood on Saturday, July 27, 2019, from 1:00 - 4:00 p.m. with Words of Remembrance at 2:30 p.m.  Arrangements entrusted to the T. Harry Hoffman & Sons Funeral Home, Dashwood. In lieu of flowers, memorial donations would be appreciated by the family to the Rotary Club of Grand Bend, the South Huron Hospital Foundation, or St. Joseph’s Hospice, Sarnia Ontario.