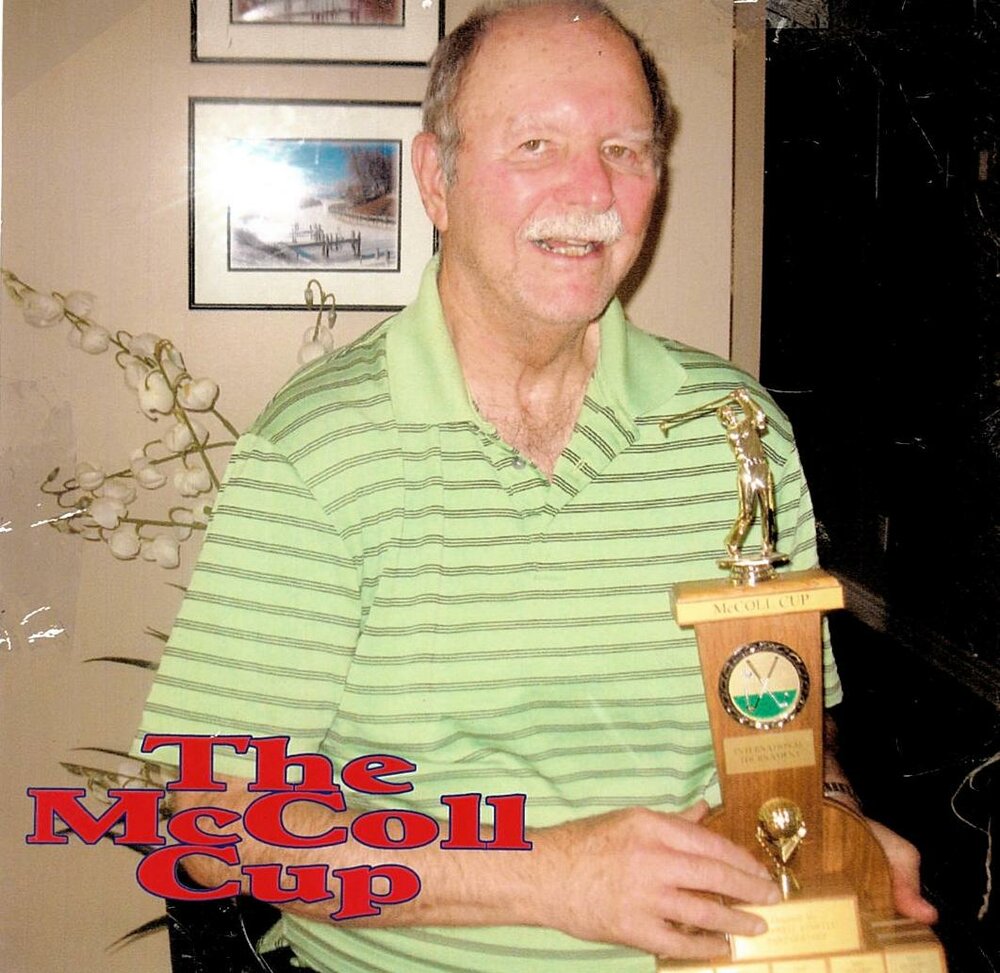 McCOLL:  Peacefully with dignity and on his own terms, on Monday, September 6, 2021 at Chartwell Nursing Home, Parkhill, Brian Douglas McColl, of Grand Bend (Grand Cove), formerly of London, age 80.  Beloved husband of Dianne Eleanor (Wilkes) McColl.  Loved father and father-in-law of Shannon McColl (daughter Danika) of London, Abby and Mike Reissner (sons Cruz and Brock) of Woodstock and Kerri and Jason Smiley (daughter Tayler) of Bayfield.  Dear brother of Barbara and Mike Lorentz of Burlington, the late Alex and Betty McColl of Alberta and brother-in-law of Barry and Phyllis Wilkes of London, Terry Wilkes of Chatham, Debbie McCluskey and Gerard of London.  Remembered by his nieces, nephews and their families.  Predeceased by his parents Alex and Janet “Jean” (McCafferty) McColl.  Brian worked for 38 years as a graphic designer with the London Free Press.  He enjoyed playing golf in his spare time and spent countless hours managing leagues in both Grand Bend and North Fort Myers Florida.  Brian’s claim to fame is his four holes in one and being founder of the McColl Cup Golf Tournament that continues today.  At Brian’s request, cremation will take place and no formal services will be held.  Arrangements entrusted to the T. Harry Hoffman & Sons Funeral Home, Dashwood.  If desired, memorial donations (payable directly) to Jessica’s House Residential Hospice, Exeter or a charity of your choice would be appreciated by the family.