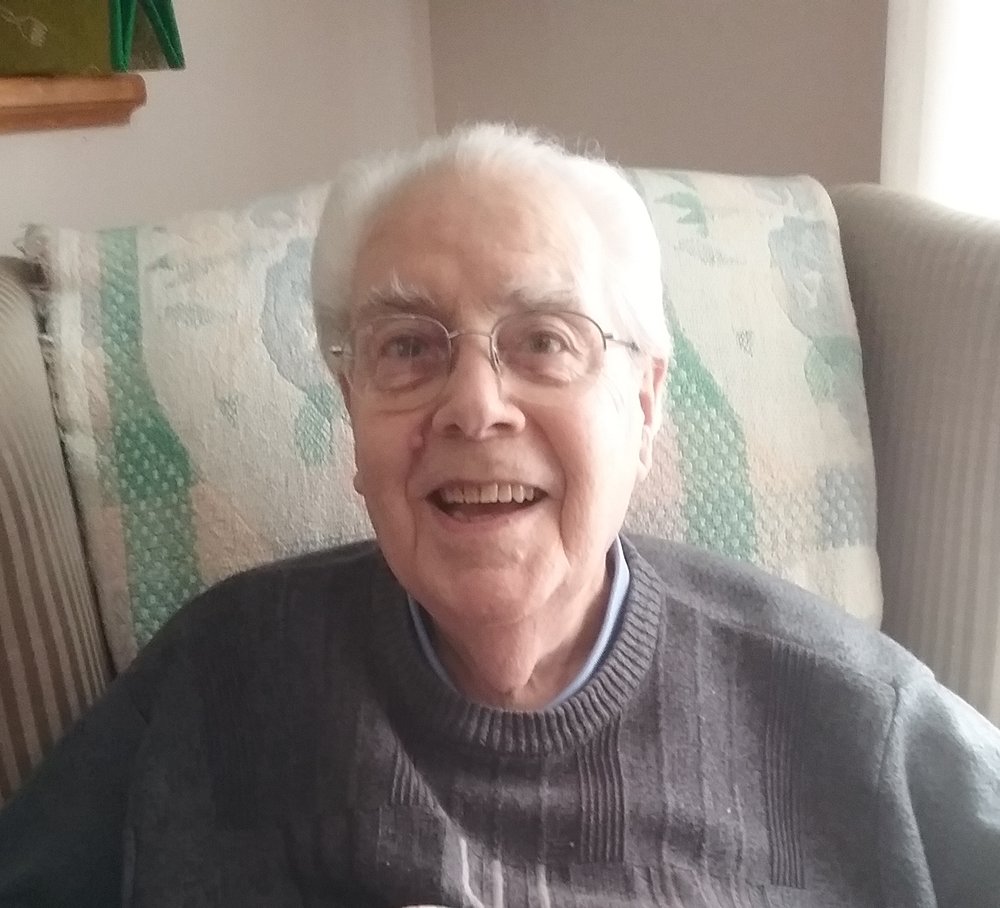 CARNE:  Peacefully, but unexpectedly, at South Huron Hospital, Exeter, on Tuesday, March 16, 2021, Ian Robert Carne of Grand Bend, formerly of London, age 85.  Beloved husband of Daphne June (Noseworthy) Carne.  Loved father and father-in-law of Theresa Carne and her husband Albert Bierer of Windsor and Stuart and Laura Carne of Ilderton.  Cherished Papa of Alyssa and Robert Comber, Dustin Bancroft all of Windsor, Nicole and Justin Hoegy of Poplar Hill and Ryan Carne of Ilderton.  Ian would have been the treasured great-grandpa to a new baby due in September.  Dear brother and brother-in-law of Graham and Malahat Carne of England and Mona Vanderhayden of Oshawa.  Remembered by his nieces, nephews and their families.  Predeceased by his parents Robert and Audrey (Hutchins) Carne and his brother Godfrey Carne.  Private Family arrangements entrusted to T. Harry Hoffman & Sons Funeral Home, Dashwood.  If desired, memorial donations payable directly to the Canadian Cancer Society or to a charity of your choice would be appreciated by the family.