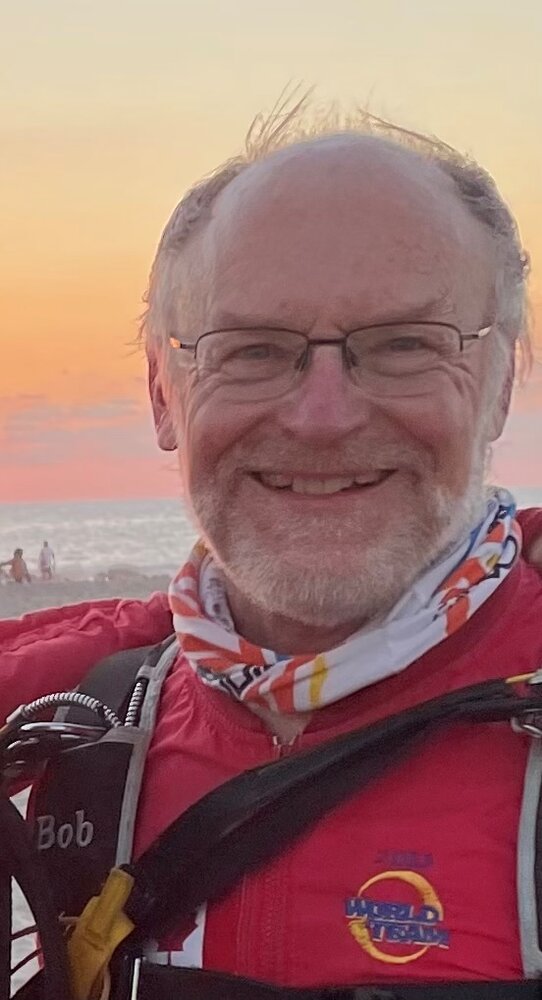 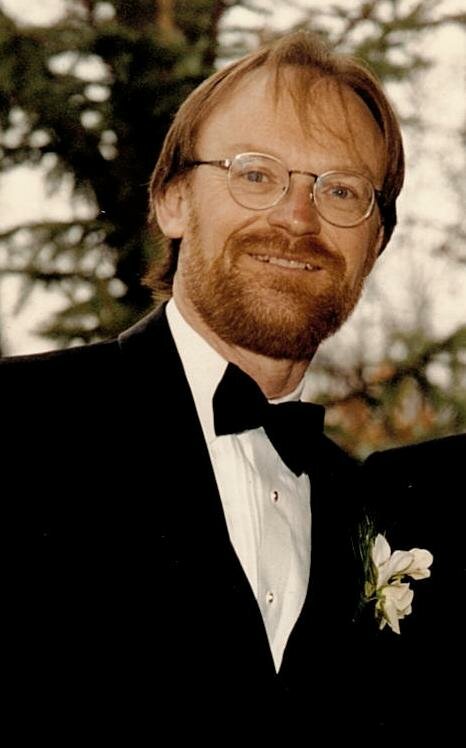 Passed away suddenly in his 73rd year on Monday, September 26, 2022 at home in Grand Bend, Ontario. Beloved husband and best friend of Mary Elizabeth Wright (nee Sutherland).  He is survived and mourned by his sister-in-law and brothers-in-law, Louise (nee Sutherland) and David Stanley of Welland; Hugh Sutherland of Thorold and niece and nephews Kathleen Stanley, Robert Stanley, Connor and Aidan Sutherland.  Predeceased by his parents Lillian Evelyn (nee Richardson) and Robert Howard Wright of Alymer, Quebec.

Born in Ottawa, Bob grew up in Aylmer, Quebec and studied at Carleton University, doing graduate studies at Western University, London, in Physics and Computer Science.  Bob became passionate about skydiving with his first jump on October 17, 1970 and never looked back.  He became active in the Canadian Sport Parachuting Association and devoted his life to teaching eager beginners and novices to skydive safely.  Bob was a pioneer who respected his roots and looked ahead to the future.  Large formation skydives were his passion, including the 400-way world record in Thailand in 2006. His motto was "it's always sunny above the clouds".  After 15,734 jumps and 40 years of operating Skydive Grand Bend, he gave many skydivers memories that will last a lifetime.

Friends will be received at the T. Harry Hoffman & Sons Funeral Home, 118 Main Street, Dashwood, on October 2, 2022 from 2 - 4 p.m. and 7 – 9 p.m. The funeral service will be held at Huron Shores United Church, 25 Main Street West, Grand Bend, ON, Monday, October 3, 2022 at 11:00am with refreshments to follow.  The Rev. Gail Fricker Officiant.  Interment will be held at Bellevue Cemetery, Gatineau, QC later in the week.

Memorial donations may be made (payable directly) to the Huron Shores United Church or the Heart and Stroke Foundation of Canada.

Share Your Memory of
Robert
Upload Your Memory View All Memories
Be the first to upload a memory!
Share A Memory