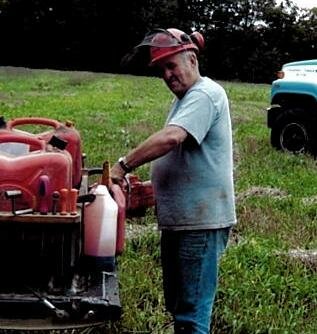 KENNEY:  Peacefully, at Queensway Nursing Home, Hensall on Friday, October 28, 2022, James John Kenney of Hensall, formerly of RR 3, Ailsa Craig and Strathroy, age 83. Dear friend of Marion (Keller) Feltz of Brinsley.  Father and father-in-law of Bernice and Howard James, Ronald and Anne Kenney all of Strathroy and Nancy and Warren Edwards of London.  Grandpa and great-grandpa of many.  Brother and brother-in-law of Clifford and Glenda Kenney and Cindy Kenney of all of Strathroy.  Remembered by Rick Feltz, Terry Feltz, Tammy Comeau and their families and his nieces, nephews and their families.  Predeceased by his parents James Ray and Alta Bernice (Walker) Kenney, son Donald Kenney, Marion’s grandson Brody Feltz and brother Leonard Kenney.  At John’s request, cremation has taken place and no formal services will be held. Arrangements entrusted to the T. Harry Hoffman & Sons Funeral Home, Dashwood.  If desired, memorial donations payable to a charity of your choice would be appreciated by the family.

Share Your Memory of
John
Upload Your Memory View All Memories
Be the first to upload a memory!
Share A Memory